The results are in. Despite unfavorable weather and heavier-than-usual air traffic leading up to the show, EAA AirVenture Oshkosh proved once again it could produce another record-breaking event. With more than 600,000 attendees over the seven-day show, the upward trend continued for the Experimental Aircraft Association as aircraft owners, pilots and enthusiasts made their way to aviation’s family reunion. 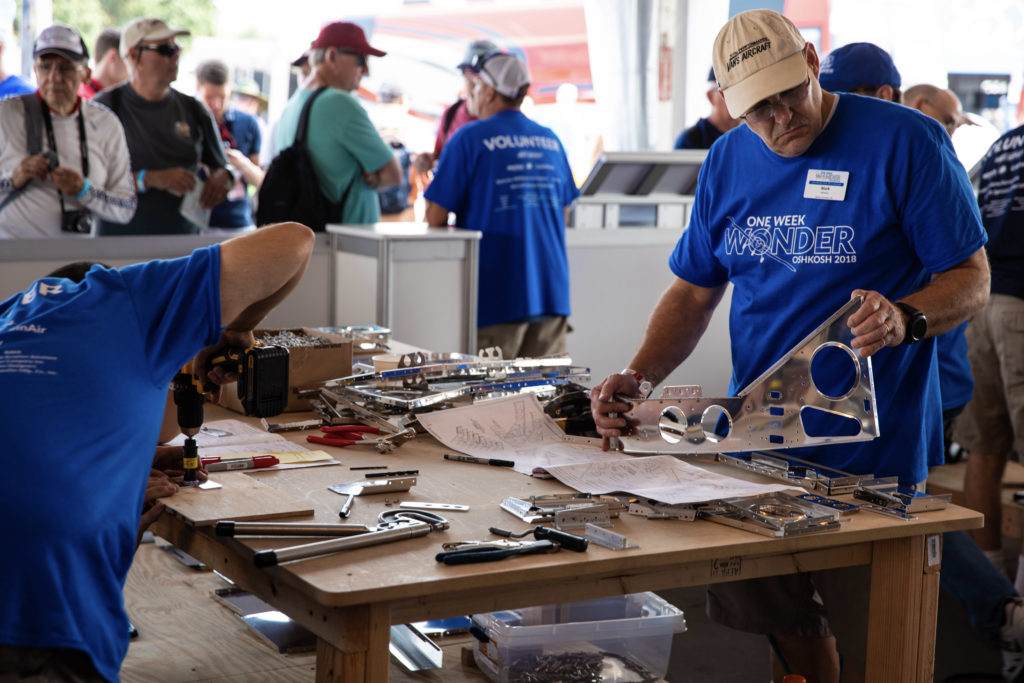 Work commencing on the One Week Wonder.

2018 featured the return of EAA’s One Week Wonder project, a week-long mission to build an aircraft from kit to taxi by an army of volunteers. This year, Van’s Aircraft provided one of their new LSA RV-12iS kits, and we chipped in an avionics suite featuring our G3X Touch flight display for experimental aircraft. On the show’s opening day, the kit boxes were opened, and construction commenced. Eight days later, the aircraft completed its first flight. 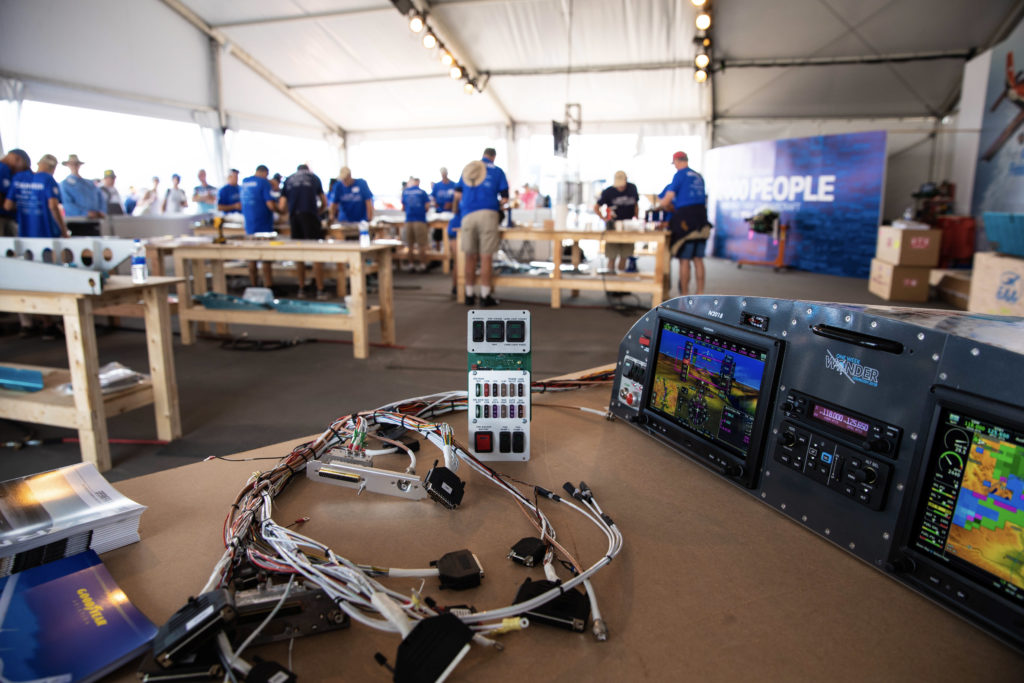 One Week Wonder pavilion with the G3X Touch Panel

There was never a dull moment at the Garmin booth just west of Boeing Plaza. We showcased our new TXi flight displays, GFC 500 and GFC 600 cost-effective retrofit autopilots, comprehensive range of ADS-B solutions and more—our display kiosks and daily seminars were busy all week! We even had a mix of certified and experimental aircraft on display at our booth with our latest avionics – including two Van’s Aircraft RV-8’s featuring G3X Touch avionics, a Cessna 172 with GFC 500, and a Beechcraft Baron 58 with G500 TXi, GFC 600 retrofit autopilot and GTN series avionics. 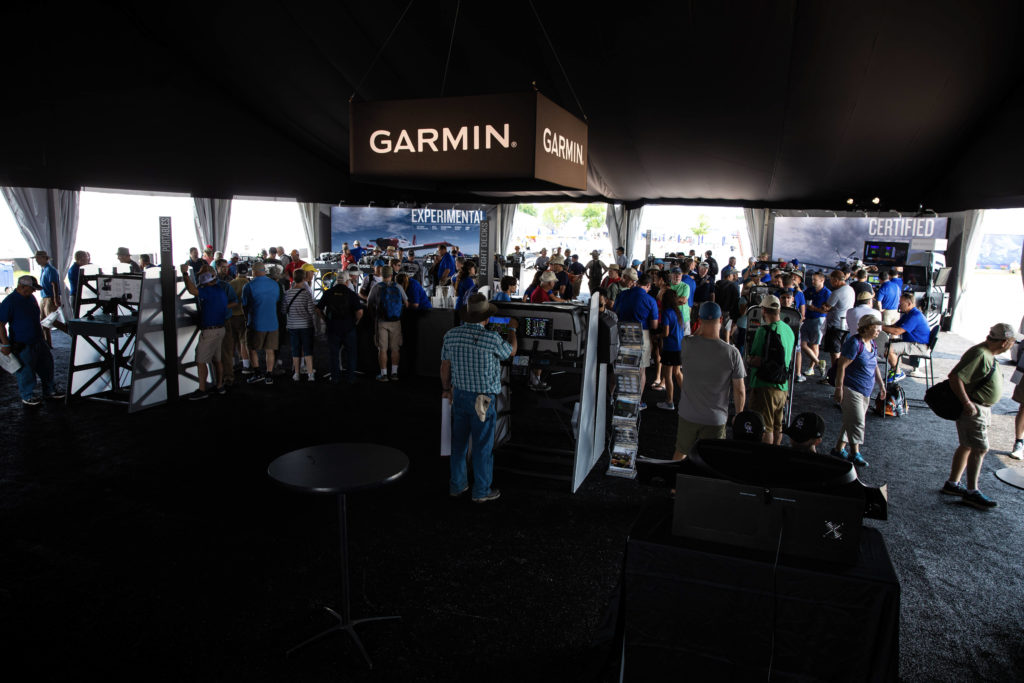 Plus, this year our aviation support and training teams provided even more hands-on training at Oshkosh than ever before. They introduced one-on-one GTN training in addition to their popular real-world, scenario-based classroom courses. 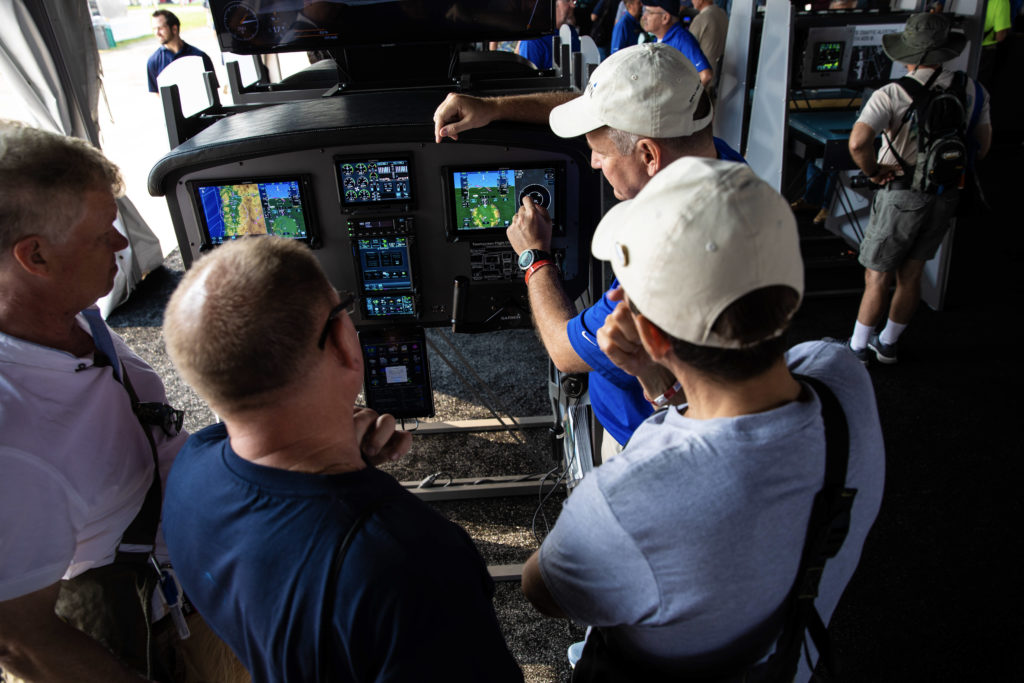 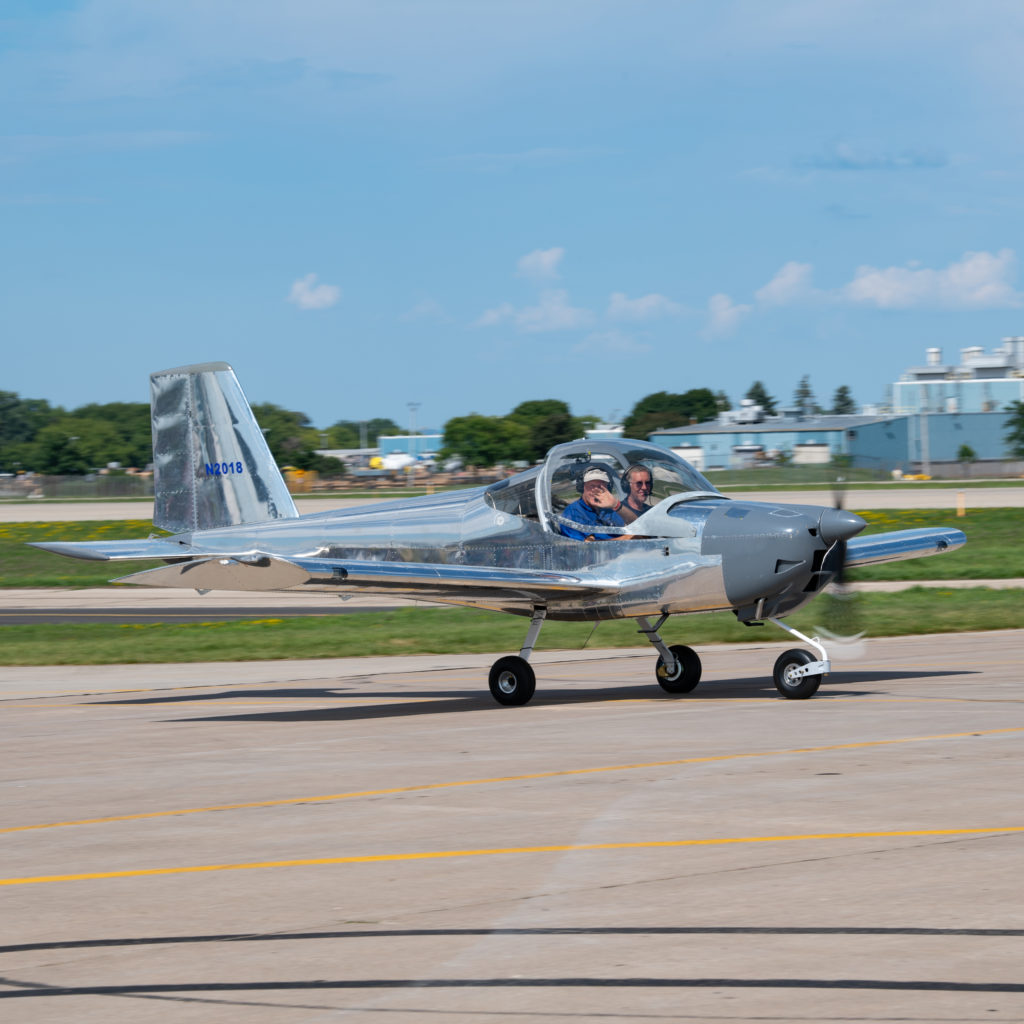 The One Week Wonder RV-12iS performing a taxi test at the end of the week. Photo courtesy of EAA